Researchers in the U.S. and around the globe are searching for ways to prevent and cure Alzheimer's Disease. Many believe that understanding the cause of Alzheimer's will provide valuable clues to prevention and treatment. Read about the newest research breakthroughs. 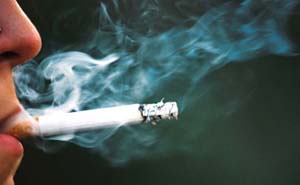 Smoking Is Linked To Alzheimer's

Heavy smokers in their 50's are doubling the risk of developing Alzheimer's after the age of 70. Researchers at the University of Eastern Finland tracked 21,123 people beginning in 1978. By 2008, more than 25% were diagnosed with dementia and though some had vascular dementia, most had developed Alzheimer's.

But in the same study, the researchers learned that former smokers or people who smoked less than half a pack a day did not have an increased risk for Alzheimer's.

What About The Theory That Smoking Prevents Alzheimer's?

It seems that there have been researchers reporting that smoking might even prevent Alzheimer's. What's that all about? Well, Dr. Janine Cataldo, a researcher with the Center for Tobacco Control, wanted to know too so she organized a team to examine all of the research work involving smoking and Alzheimer's. The team found 43 studies all together. Eleven of them appeared to support the theory that smoking prevents Alzheimer's. All eleven were conducted by researchers who worked for tobacco companies. We conclude that until there is research reported by unbiased sources, smoking is bad for you with or without Alzheimer's Disease.